In a surprise move, the “Very, Very British and Proper Cycling Press Association” announced their steadfast refusal to cover any aspect of the impending criminal investigation into the activities of Geert Leinders. 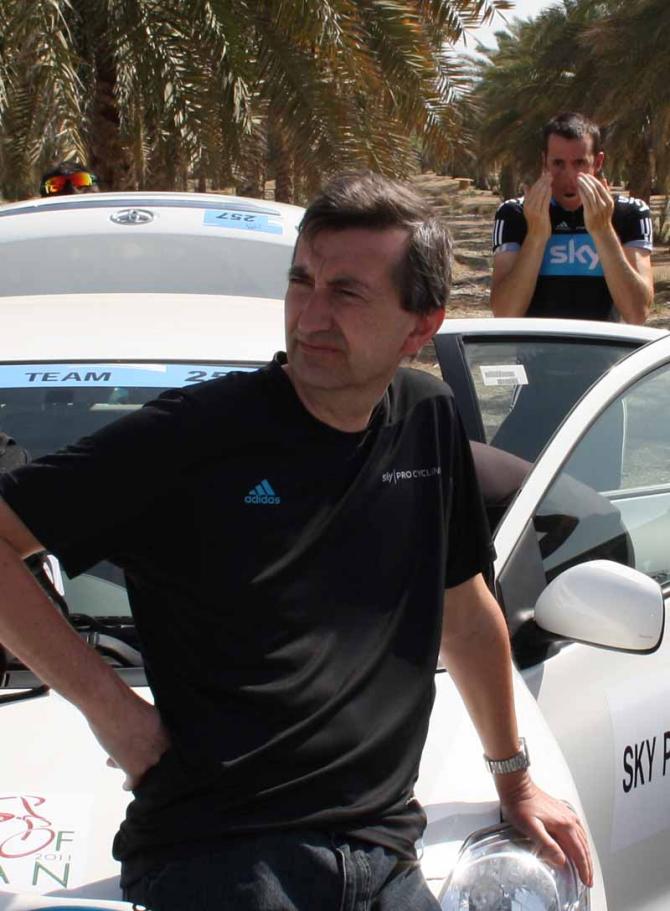 “We are disappointed that other press associations haven’t followed suit with our refusal to give ink to this obvious attempt at smearing the good and clean name of Team Sky. This is just another attempt by the shadowy group known as “Sir Bradley Wiggo Haters” to try to expose some sort of secret conspiracy of no importance to the overall agenda for British Cycling,” stated the group in a press release.

In fact, The V,VBaPCPA was absolutely incensed the information was made public on the same day the prince of Team Sky, Chris Froome, won his first stage race in the famous black-with-a-little-Rapha-blue-for-good-measure cycling kit.

“It’s typical. Just typical. These rogue peoples going around trying to ruin our grand scheme of public relations PUFF pieces putting forward the notion that British Cycling and Team Sky are the absolute best in the world, and you should buy everything we tell you to, because well, that will just make us all that much more awesome,” concluded the press release.

However, not everything was rosy in The V,VBaPCPA camp, as Telegraph-sometimes-independent-thinker Brendan Gallagher sniffed out potential page hits and went ahead and broke the blockade Saturday afternoon.

“I’m all about raising my profile in any way I can. Lance, Wiggins, or Leinders. I’m sure the V,VBaPCPA will forgive me this one slip-up,” commented Gallagher.

were not available directly for any comments, as they were attending a Team Sky Tour of Oman celebratory dinner. Team Sky flew in Robbie Williams, Leona Lewis, and the entire boy band One Direction for the celebration. Bradley Wiggins played guitar for Robbie Williams during an “unplugged” version of “No Regrets.” Richie Porte spent the bulk of the event flirting with Kylie Minogue, who was flown in special for the event by Sky brass. Chris Froome chose to skip the celebration in lieu of a cozy evening with girlfriend Michelle, but appeared via Skype before going to bed.

The gala was rumoured to cost Team Sky north of £10 million.

Non-British pundits were quick to jump on the Leinders situation.

“It’s typical of Team Sky to create some sort of über-event for a small stage race after the announcement of the Leinders investigation. If Team Sky thinks the police will only investigate his Rabobank records and stop there, I think they’re missing the boat huge. If I were them, I’d be doing some forensic cleansing right about now,” stated one pundit who resembled Charles Pelkey.

“Wasn’t that a fabulous celebration last night? I wish I could find a way to have Sir Bradley and Chris tie for Tour de France victory. Wouldn’t it be brilliant to have two simultaneous victors on top of the final step in Paris with the fireworks? Brad could play guitar, and Chris could sing Wonderwall!” exclaimed an excited Brailsford.

Team Sky spokespeople confirmed, “Leinders has nothing to do with us, and please buy our Team Sky Rapha Jeans. They’re a steal at £350.”

Dutch investigators have stated that the Leinders inquiry begins with Rabobank rider confessions, but “doesn’t end there,” which may make the attempts by The V,VBaPCPA to bury the facts of the case much more problematic.