Authorities in Europe are on high alert as a vehicle carrying Hein Verbruggen and Pat McQuaid is reported to be moving at a low speed from Switzerland towards the Atlantic coast as the pair attempt to evade questioning in relation to the the criminal complaint filed by Paul Kimmage on Thursday. 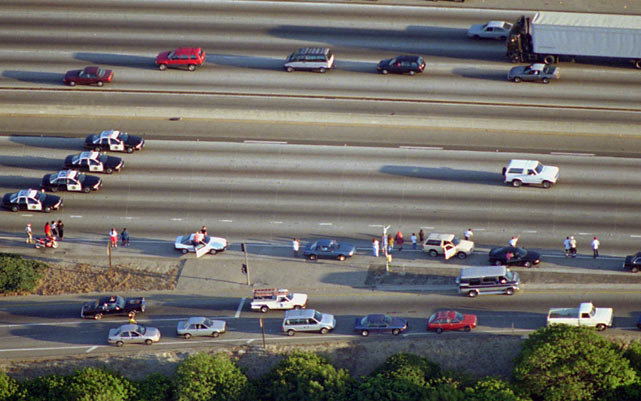 Hein Verbruggen and Pat McQuaid are attempting to evade questioning in relation to the Paul Kimmage criminal complaint.

Swiss authorities have been temporarily thwarted in their attempts to question former UCI president Verbruggen and current UCI president McQuaid in reference to the criminal complaint filed in Switzerland by Paul Kimmage on behalf of a litany of those who have suffered at the hands of both individuals. The investigators in charge of the case made numerous polite telephone calls to the homes of Hein Verbruggen and Pat McQuaid, all of which went unanswered. According to official reports, investigators in marked police vehicles made their way to both homes to find them empty.

“We made several attempts to contact both men in order for them to come in, have a nice cup of tea, and tell us their side of the story as best they could. Unfortunately, this tactic failed,” recounted Alfredo Verbieesen, inspector with the Canton de Vaud police force.

Acting on an anonymous tip, the investigators made their way to UCI headquarters in Aigle where they were met with a barricade of office furniture blocking the front door. Outside waiting for the authorities was UCI legal counsel Philippe Verbiest, who refused to allow entry to the police without an arrest warrant.

“We were rather shocked to see this sort of activity in Switzerland. We expect this kind of behavior in the United States, but to see a barricade in Aigle was very unnerving to say the least, and not something we usually see. At that point, we felt it was important to call in the Federal Office of Police to help us de-escalate the situation,” continued Verbieesen.

After a three-hour stand-off which lasted until early Friday morning, a vintage white Ford Bronco was seen leaving the parking lot with UCI spokesperson Enrico Carpani in the driver’s seat.  After Carpani’s departure, the federal police stormed the building to find a bonfire of records on the second floor of the building, and empty safes in several offices. Verbiest admitted the Bronco contained Verbruggen and McQuaid.

After several attempts to contact McQuaid and Verbruggen via their mobile phones – which went unanswered in typical fashion for both – authorities were able to establish contact with Carpani, who informed the hostage negotiator that he was, in fact, being held hostage until he drove the pair to a waiting sailboat in Bayonne, located on the French coast.

The Swiss federal police have asked for French help in the current hostage situation. French police are monitoring the progress of the white Ford Bronco both on the ground and via helicopter. The authorities will only state the vehicle has passed through the vicinity of Ussel, but refuse to confirm any other details.

“We will allow the vehicle passage through the French roadway system, and have prepared the citizens of Bayonne for a potentially unsafe situation. We have not, as of the current time, located the sailboat Carpani referred to in his numerous phone conversations with the Swiss police. We will do our best to manage the situation safely for all parties,” stated Jean-Luc Pelletier, representing Police Nationale.

Cycling pundits around the world reacted in shock and horror, while some began speculation on where Verbruggen and McQuaid were heading.

“It’s pretty obvious to me they plan on sailing to the Cayman Islands to escape full scrutiny. I wouldn’t be surprised to see one of Makarov’s super yachts showing up in Bayonne to rescue the pair from their European troubles,” commented someone who resembled Rupert Guinness.

French and Swiss authorities will be updated the situation hourly as the white Ford Bronco makes its way to Bayonne.