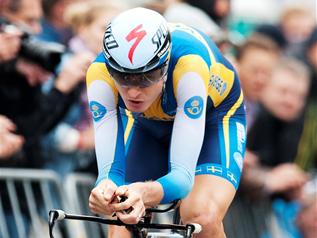 “What the hell is this woman’s problem? I mean I have enough issues with the stuff that floats around my head on a daily basis, I don’t need Mother Nature causing me more problems,” commented a typically morose Wiggins, “I thought for sure she would be on my side and hate the French as well.”

Wiggins’ declaration comes a day after he made derogatory statements on Twitter against the entire nation of France, particularly men who kiss other men, bum bags, and those who have the audacious habit of actually saying hello to other fellow human beings.

Mother Nature was typically tight-lipped in her assessment of Wiggins and his chances in Paris-Nice.

“Look, the lad has a bigger black cloud following him around than I could ever generate. I am not responsible for the rain that prevented Bradley from winning the prologue – missing it by one heartbreaking second to that adorable Swedish boy. I firmly blame the shadowy corporate forces hijacking weather patterns from me via chemical means. Those groups certainly aren’t fans of the Sky corporation, let alone Bradley. So quit blaming me,” declared Mother Nature.

Wiggins, when told about comments from the “Queen of the Atmosphere,” was unconvinced in her denial to thwart him from victories in 2012.

“She’s a liar. She’s out to get me. Everyone’s out to get me. I’m pretty sick and tired of all these unprovoked comments and attacks coming my way. I’m the best cyclist in the world and I should be treated accordingly. I mean, if Brailsford coddles me, why can’t the rest of the world do the same?” Wiggins sullenly queried.

“To that end, I’m declaring war on Mother Nature,” concluded a defiant Wiggins.

When asked what that means, he refused to answer or speculate. He did offer, however, one final quote, “I firmly believe Mother Nature is on Jonathan Vaughters’ payroll with hefty contributions from David Millar. That’s the only explanation for the sudden rain when I left the start gate.”

When reached for comment both Millar and Vaughters doubled over with laughter.

Stage 1 of Paris Nice runs tomorrow with Gustav Larsson in yellow, Thomas De Gendt in polka dots, and Tejay Van Garderen in white. Wiggins will be sporting his usual blue.