Last night’s Oprah Winfrey couch confessional for Lance Armstrong raised some questions; of particularly concern was his assertion that he stopped doping after his final Tour de France win in 2005. Lance claims his 2009 comeback and third-place podium finish was clean.

Oprah Winfrey: When you placed third in 2009, you did not dope?

Lance Armstrong: “The last time I crossed that line was 2005.”

Let’s just think about that, shall we?

Doc has done some homework for us. 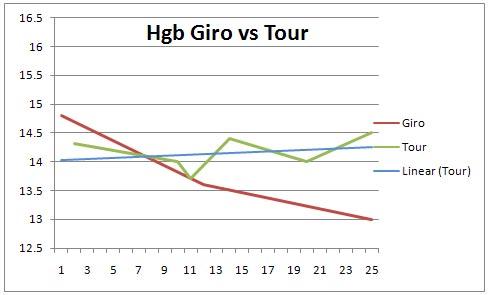 good for a bump 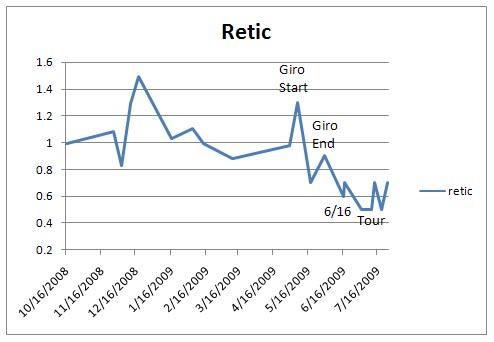 in the fuggin gutter

consistently suppressed for the entire TDF

like there is too much blood in this body

we sure the fugg know

it’s not just his natural response

cuz it’s not what happened in the giro

1. yuh sure is fugg weren’t clean

2. yuh just weren’t that good neither 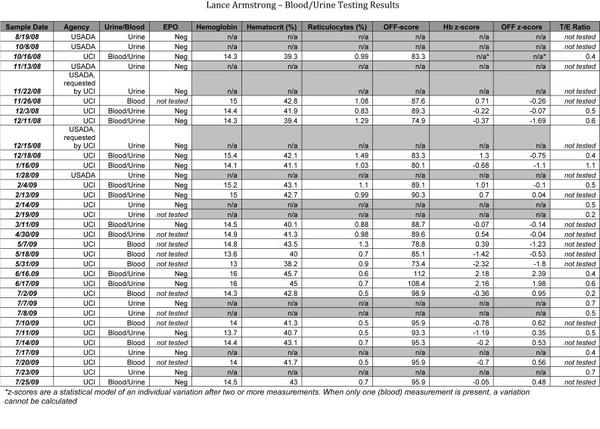