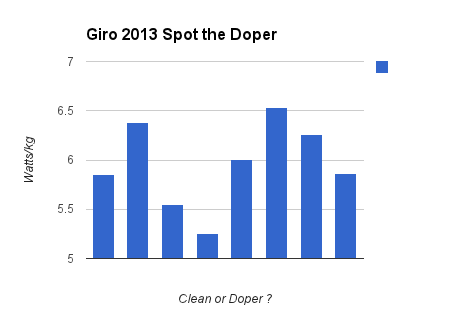 now that we’ve got some power estimates

via the cycling power lab simulator

for CPL vs SRM r = .9 according to @scienceofsport

based on the 6 watt/kg rule

we can easily go 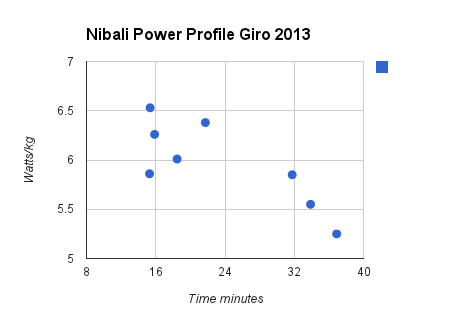 and realizing that all the data is just one rider

without the understanding that threshold power

is not uh one off number

that changes based on the length uv effort

who cant punch quite as hard as nibali

but kin hang on longer 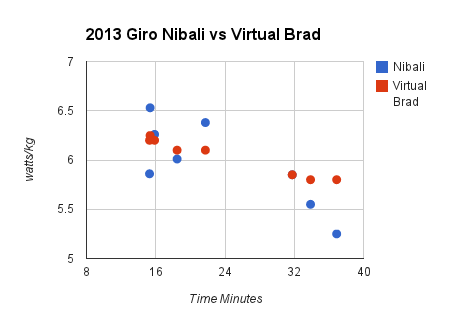 to illustrate why Brad might have been so dominant

by coming in slow

waiting to punch halfway up

were Nibali could truly have anaerobically put in time