New procedure carried out in Switzerland after Flanders crash

Swiss fans and RadioShack-Nissan team supporters distraught at the apparent end of Fabian Cancellara’s Classics season for 2012 have been given a glimmer of hope after scientists and medical doctors have suggested that they might be able to salvage his ambition of winning Paris-Roubaix.

The double winner of the race came down heavily in the feed zone of Sunday’s Ronde van Vlaanderen Classic, fracturing his right collarbone in four places and putting an immediate end to his race.

The team announced afterwards that he would travel back to Switzerland to undergo an operation in Basel.

Details were initially scarce about the operation that was carried out Sunday evening, but it was presumed that it would be the standard procedure to pin the breaks, helping the bone to sit in the correct position as the fragments knit back together.

A standard fracture normally takes several weeks to heal, although Italian rider Filippo Pozzato was able to push that to the extreme when he returned to racing just nine days after falling in the Tour of Qatar. His injury was, however, not as severe as that experienced by Cancellara on Sunday, thus leading to a widespread resignation that the Roubaix dream was over until 2013.

Fortunately, that may not necessarily be the case. An overheard conversation between RadioShack-Nissan personnel after the race suggested that something unusual was to take place. While they refused to comment, several phone calls to Switzerland saw this writer receive confirmation Sunday evening of a revolutionary procedure which was used for the first time in professional cycling.

Essentially, Cancellara’s shattered collarbone has been removed and replaced with a match taken from a cadaver.

While it is difficult to ensure the clavicles are completely identical, Swiss scientists – who spoke on condition of anonymity – said that they had fused carbon fibre mouldings to the replacement bone, thus mirroring the original shape. 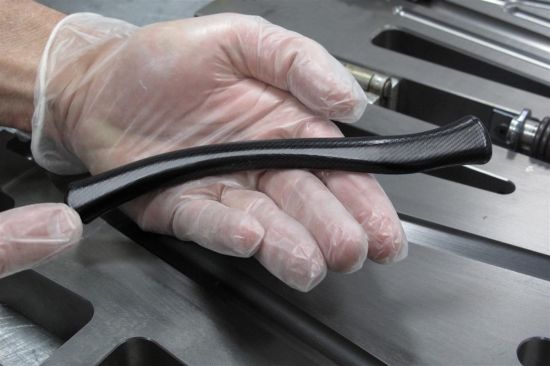 “This ensures a perfect fit, meaning there will be minimal disruption,” explained one of the scientists. “We can rebuild him. We have the biotechnology. Cancellara’s own ligaments have been used to hold the structure in place, and will result in a very quick recovery.”

Dr. Steven Austin, the surgeon who oversaw the procedure, said that the recovery time was expected to only be ‘three to four days,’ much faster than would be normally expected for an injury of that nature.

Pressed as to the cost of the procedure, he was tightlipped, but said that the team and its sponsors had told him they considered it absolutely imperative that the rider be present for Paris-Roubaix.

A separate medical expert who is familiar with the revolutionary procedure said that the cost could be as high as 5.4 million Swiss Francs.*

It’s a staggeringly large amount but, with the sales of Trek’s recently-launched Domane frame depending on a Cancellara victory, those sponsors are understood to be willing to cover all costs.