The past year we have seen a plethora of terms entering into the phrase book of cycling pundits, professionals, and fans alike. I am not talking about the tired old cliches that those two fossils trot out each July. These are as fresh as the morning dew. Given the massive upheavals in pro cycling this year, there was always going to be a rich crop of terms to choose from. Many have come from the explosive Tyler Hamilton book, The Secret Race. Some have been trotted out of the Sky PR machine like they were on the gear. Others have just popped up from the ether.

Enough of the jibber jabber, lets get to it.

1. A term used by Lance Armstrong whilst looking in the mirror.

2. A term used by the rest of the peloton watching Lance Armstrong win 7 Tours de France in succession.

1. To race on bread and water. For a lot of the peloton during the Lance years, not normal!

2. From the ancient and long-forgotten language Cyclismian, meaning to be beaten by filthy drug cheats.

1. Lance Armstrong’s favourite word to describe people he disliked. i.e., anyone he saw as a threat, the non-believers, the non-dreamers. 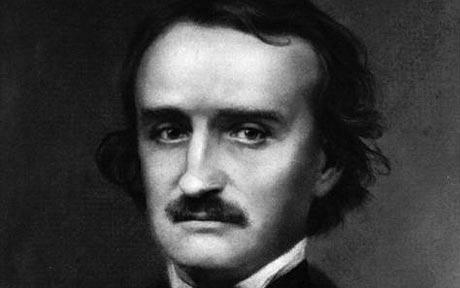 1. Erythropoietin, otherwise known as EPO, or Edgar Alan Poe by the guys injecting it. Can be shorten to Edgar or Poe.

2. An author I doubt many choads would have read.

1. A bag of blood. Usually carried around by Motoman (see below).

1. A man with a pixelated face who was charged with carrying an Esky around France for 3 weeks in July for a fat wad of cash.

1. Everyone in the world except Bradley Wiggins, his family, and anyone associated with Team Sky (although I suspect he applies the term to some of them these days)

1. The Twitter flame war waged between the Wives and Girlfriends of who at first glance would appear to be the harshest of enemies, but upon closer inspection are the first and second place getters in this year’s Tour de France.

1. A term which describes a team’s policy in regard to performance enhancing drugs. The ZERO part is used very loosely. Zero could mean never having taken drugs, to never having been caught, to never having killed a baby panda with a unicorn’s horn.

2. USADA’s stance taken towards Lance Armstrong and his posse.

1. A very reasoned decision taken by USADA that made everyone look slightly differently at Lance Armstrong.

1. World-beating female cyclist who could probably hold her own in the men’s peloton.

2. A champion we can all get behind.

1. The time after an injection of the go go juice wherein it shows up on drug tests.

2. In real time, a matter of minutes to hours, depending on the dope doctor.

1. A white bag used to deliver lunch. And when I say lunch, I mean Edgar (see above).

2. Not to be confused with the red bag of blood. (see Blood Bag, above)

Sure, there will be plenty more, but hopefully that will start a discussion on what people thought of the turbulent year that was pro cycling 2012.