A cartoon by Anders Bendixen

As reported by SBS Cycling Central in Australia, during an interview with German publication Stern last week, Tyler Hamilton expressed some concerns that Lance Armstrong would retaliate following his USADA sanctioning and the stripping of his seven Tour de France titles.

We imagine Tyler to be feeling a little like this: 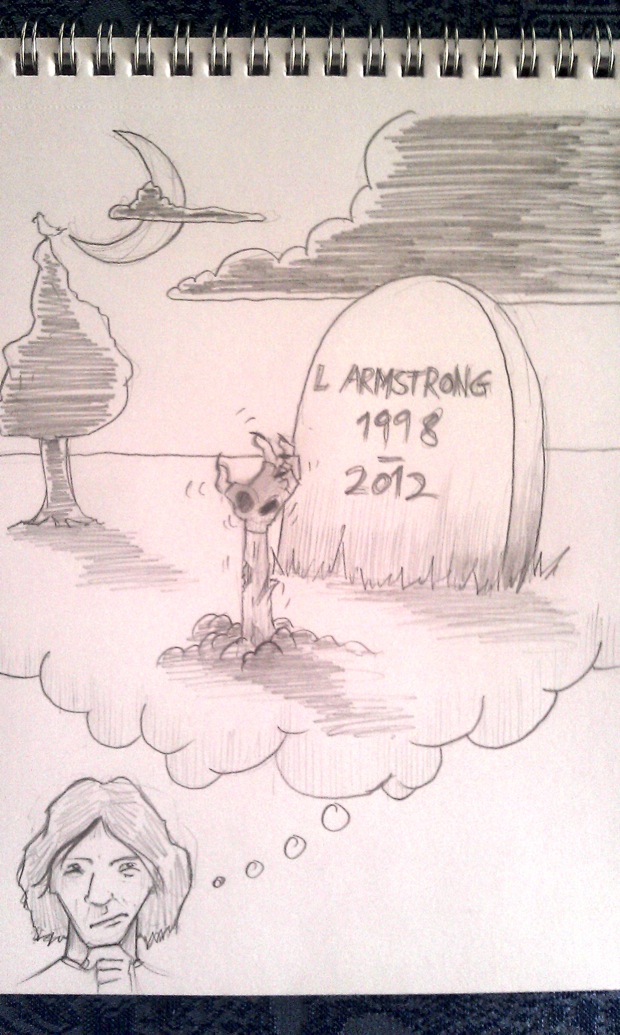