THIS EPISODE Mike sits down with his former cycling rival Scott Price after the opening stage at Redlands Classic in California, where Scott is working with the Landis/Trek cycling team.

A native of Calgary, Canada, Scott moved to Spain at the age of 17 to pursue a road cycling career, which he did successfully for nearly two decades, culminating in  his becoming Canadian National Champion in 1992. In 1999 Scott founded Higher Living Health and Performance Coaching in Arizona, to guide athletes toward finding balance, developing inner strength and tapping into their intuition and wisdom.

Scott invites you to join the Pure Life movement for FREE at his project pureformance.com where in his own words, “We inspire and support taking on a challenge, taking care of yourself, kicking butt and leading by example to help everyone rise up. That and we have the most bold and delicious coffee roast ever that helps you perform better through low pH and a low glycemic sweetener that will be available end of April 2014.”

Over Thai curry Mike and Scott reminisce about their strong competitive relationship during the early years of their careers, what drove them to succeed back then, and what motivates them today in this new phase of their professional careers.

Their conversation offers a fascinating glimpse into what makes for a successful cyclist, and why pro bike racers are uniquely qualified to handle diverse and complicated tasks in their post-racing years.

You’re not likely to find a more unique and thought-provoking conversation about this aspect of cycling than right here with these old friends and rivals.

A new addition to the Open Mic sponsorship roster is Lazer Helmets. Every podcast we’ll be giving away either a Lazer helmet or pair of Lazer sunglasses. All you need to do is mention @LazerHelmets or @Lazer_Vision on Twitter with a clever ad slogan you make up. If your tweet is chosen, you’ll win a Lazer item. This week we’re giving away a pair of Lazer Vision sunglasses to the person who tweets the most creative caption to this photograph: 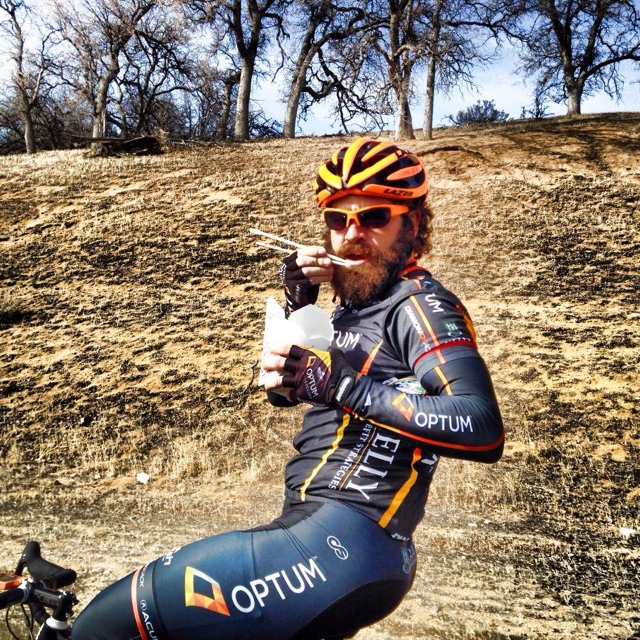 Simply tweet your caption and mention @lazer_vision and #OpenMic to qualify to win. For example: My Meatball’s so bright, I gotta wear @Lazer_Vision shades. #OpenMic.

Chris Smith of Lazer will select a winning tweet before next Friday’s podcast and we’ll announce the winner here and on Twitter.