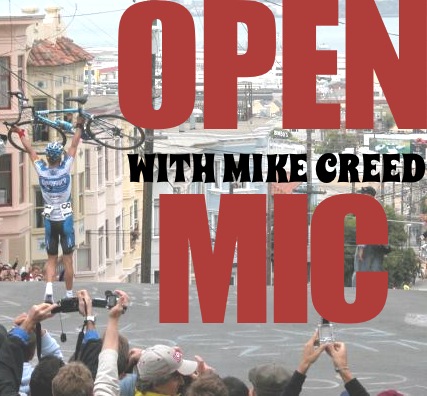 Satisfying his constant need for attention, Mike Creed takes to the airwaves to have frank conversations with his friends, who just so happen to be figures in the world of pro cycling. Now that he’s a retired mediocre bike racer, he’s using his access to these athletes to humanize them, show you what he sees, and bring back a personal aspect to cycling. This is not the show for you if you’re looking for controversy and the hard questions. It’s more of a rambling conversation with and about the people and the sport that he loves.

THIS EPISODE
Mike has a conversation with Jonathan Vaughters, owner and director of the Garmin-Sharp pro cycling team. He catches up with JV the week before the start of the Tour de France, at the home of Vaughters during his birthday party.