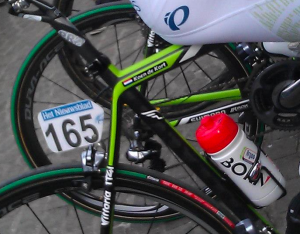 In a move designed to placate the amateur riders of Catalonia, beloved airline Ryanair have agreed to share passenger data with GPS performance website Strava.

It appears that the huge number of professional cyclists registered in the Girona area has been upsetting average carbonised club riders who have found it impossible to gain any coveted QOMs and KOMs. Despite the best efforts of locals to motorpace or team time trial favourite segments, they remain out of reach to anyone outside at least a Pro Continental team.

“Our reason for riding has gone now, stolen by these slim divas, without a thought to our self-esteem,” said Casa Nova Amic, president of the Girona and District Gentlemen’s Athletic Bicycle Club. “There was a time when young lads could rip up the Rocacorba and nip into the top 20, but now they find that they’re barely in the top 200. Furthermore or less, with an influx of pro women to the region the gentlemen riders are losing more places. This travesty prompted us to approach Ryanair, and we are so grateful that they have launched this initiative. Personally I was devastated that even an electric scooter was insufficient to progress beyond 768th on the track to my own home.”

The new scheme, dubbed locally as “Take out the take-offs,” uses Ryanair check-in information to alter the Strava data of any person between the age of 19 and 40 who takes more than four flights per month from Girona airport.  When a name tallies with the UCI licence data, the information is sent to Strava, who then run the uploads through a complex algorithm which takes into account their season’s points tally. Extra deductions are made for flights to Tenerife.

When pressed on data protection issues, Ryanair spokesman Michael Flatley sought to allay riders’ fears. “No one will know who is flying where, just that a KOM or QOM has become vacant when Hesjedal, Martin, Garner and co. leave town. As the airline that everyone loves most, we believe that being loved by even more cyclists can’t be a bad thing. In addition, part of the deal with Strava now allows pilots to set up Strava segments between airports to compete with each other, something sure to improve flight times if not fuel efficiency. If it proves popular we will extend it to baggage handlers in Manchester.”

The move has not gone down well with one Girona-based media magnate. “It took weeks to hack into the UCI licence database so I could add myself and get confidential emails from them. Now if I want to show up on the Strava section between bars on the Banyoles main street I’ll have to hack in again to remove myself.”

Strava were unable to comment as their server had crashed under the weight of new data processing, but we believe that they have welcomed the opportunity to have wealthy users regain a smidgen of pride. Whilst one un-named professional initially asked what Strava was, when pressed further, expressed his belief that the move would simply lead to an increase in the use of private jets and Barcelona airport.